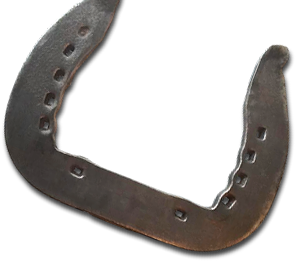 For the second year, the show offers two, North American Six-Horse Hitch Classic Series qualifying events, each with a $2,500 purse. Each year, six-horse hitches compete at fairs and agricultural exhibitions from across the United States and Canada to accumulate points for the Classic Series. At the end of the season, the four highest point hitches in each of three breed classifications are invited to compete at theClassic Series Final Championship.Other offered show classes remain the same as in previous years, and total show premiums are $13,855. Classes include halter and performance competitions along with several classes for juniors, including youth showmanship.The Draft Horse Show classes are conducted alternately with the Cowboy Mounted Shooting Association contests, allowing spectators to enjoy both events taking place in the huge Freedom Hall indoor arena.

NEW – HAFLINGER HORSE SHOWHaflinger horses will show during the morning on Saturday, Nov. 15 in Freedom Hall. This breed is new to the NAILE equine lineup. Classes include Cart, Unicorn Hitch, Two-Horse Hitch, Four-Horse Hitch, and Six-Horse Hitch. The Haflinger Show offers $5,255 in premiums and classes alternate with Draft Horse classes. This smaller, versatile breed is known for the horses’ golden chestnut coloring and long, flowing white manes and tails.ENTRY INFORMATIONDraft Horse Show Premium Lists and NAILE catalogs containing allexposition information and rules are available for download on the NAILE website at www.livestockexpo.org. Premium Lists and entry forms will automatically be mailed to those who have participated in NAILE equine events in the past. For additional information contact the NAILE offices at P.O. Box 36367, Louisville, KY 40233-6367, by fax at 502-367-5305, or by e-mail at KFECNAILE@ksfb.ky.gov. Entry deadline for the Draft HorseShow is Oct. 28, 2014.The 41st Annual NAILE is produced by the Commonwealth of Kentucky at the Kentucky Exposition Center in Louisville, Kentucky under the direction of the Kentucky State Fair Board. During the Expo’s run November 4 through 21, the facility’s entire 1,200,000 square feet of climate-controlled exhibit space is used. More than 200,000 visitors and exhibitors attend the event annually.

Clydesdale Breeders of the USA - Since 1879